This "project" started with me wanting to make a really big mortise and tenon joint for another accuracy test of the pantorouter XL, in the same spirit as this box joint test.

I made a big rectangular template for the tenon and mounted that on the template holder.

I'm routing the tenon on the end of a big piece of wood I picked out of a firewood pile and squared up. Lots of chips flying as I cut it.

I used a pattern cutting bit with the router. This bit is a bit longer than a regular 1/2" router bit because it also has a bearing attached. The bit extends 4 cm beyond the collet, so that's how long my tenon ended up.

I cut the tenon part off the workpiece because I needed the rest of it to cut the mortise into.

When I made the corresponding mortise template, I sized it to fit exactly around the tenon template. I figured that way I could be certain that they matched.

Routing out the mortise.

Chip removal is a bit of a challenge, especially as the router gets nearer to the workpiece and obstructs the opening. I had to back the router away a few times to clear the chips. Also, I made sure I didn't have too many chips in the cavity when routing near the edges. Extra chips getting in between could affect the quality of the cut.

My other pantorouter doesn't have the flat area around the router, so it would have been better at letting the chips out.

Testing the fit. Unfortunately, the tenon was a bit loose in the mortise.

I anticipated needing to make minor adjustments, and I made the mortise template slightly tapered so I could slightly increase the size of the mortise. But I already cut the mortise at the smallest end of the template's taper.

So I switched from a 1" follower to a 26 mm follower and made another mortise. But before that, I had to vacuum out all the chips that accumulated.

I get a lot of suggestions about adding dust collection to the pantorouter, but I don't know a good approach, nor have I seen one that is very good. There are dovetail machines with dust collection, and the Leigh FMT jig (which does mortises and tenons) has dust collection capability. But for a machine as flexible as the pantorouter, it's much more difficult. It would be possible to design dust collection shrouds for very specific operations, and if I had to cut 1000 tenons, I'd probably design one for that. But I cut so many different types of joints, and I want to be able to see and film the operation, so dust collection is just not practical.

Update: Kuldeep has designed a pantorouter dust collection hood that actually works, though that one doesn't fit on the pantorouter XL.

My next mortise, with the 26 mm follower, was a bit tighter. A 27 mm follower might have been better, but the next largest size that I have is much bigger.

The gap all around the mortise was very even, so I was confident that the pantorouter was not introducing any distortions (like it did before I tweaked it)

Looking at what I made, I figured, this might make a neat little box if I cut the tenon much shorter. But then I had the idea of hollowing out the tenon. So I made a really big follower to go with the tenon template. That way, I can cut a smaller mortise with the same template in the end of the tenon.

After that, I put the mortise and tenon together and cut around the edges with the table saw to make the walls of the tenon piece about 7 mm all around.

I then cut the corners round on the bandsaw and sanded it into a nice curve.

The resulting box looks almost like some Apple product should go inside!

I have never built a "bandsaw box" (too many videos on that topic already). I guess I should call this my "pantorouter box".

I ended up varnishing it. The thickness of the varnish was enough to considerably reduce the gap, so I was glad it wasn't too tight to begin with.

Placing the top on the box, it takes about two seconds for it to drop all the way down because the air can only escape through a very narrow gap.

The box also makes a very satisfying "plop" when pulled apart rapidly. But I really need to grip the two pieces firmly while doing that - because there is considerable air resistance to pulling the pieces apart rapidly.

Box joints on the pantorouter

Cube in a cube
in a cube 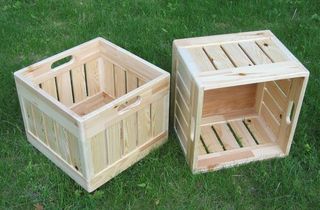 Tiny little box
Back to the pantorouter